As you may know, Aliette de Bodard has become one of my favorite writers and I have reviewed her awesome On a red station, drifting, and some of her short fiction here y here. She has been so kind and has answered some questions that I post here. También puedes leer esta entrada en español.

How and when did you decide to start writing? Other than Orson Scott Card and Ursula K. Le Guin, which authors have influenced you? Is there any current writer that you admire?
I started writing when I lived in London in my teens: I wrote a couple of novels that would probably be very embarrassing if I read them today (thank God I lost one of them when we moved back to Paris, which taught me a very important lesson about backups, and very conveniently erased all evidence of how cringe-inducing my writing used to be!). It took me a couple of novels before I started taking the whole thing seriously–in the sense of actually polishing and submitting writing regularly.
I have been very heavily influenced by the stuff I read as a child (like most people I suppose), which included Chinese and Vietnamese fairytales; you can find the motifs and the characteristics of those all over my fiction.
The other influences on my work are the people who showed me that you could use the English language to create beautiful texts–the first one was Patricia McKillip, but there’s also a whole bunch of poets from Rabindranath Tagore to Wilfred Owen to Du Fu who taught me all kinds of things about the importance of beats and rhythm, and the power of well used alliterations.
Currently, writers I admire include Tricia Sullivan, Rochita Loenen-Ruiz and Yoon Ha Lee –they write SFF which pays attention to the nuances of characters and culture, and which really transports you to different places.
How do you cope with your day-time job and your writing?

No idea 🙂 I try to write in the holes left by the dayjob, which includes lunch-breaks, evenings and the occasional weekend (my poor husband has become used to the idea that some evenings I just turn on the computer and work non-stop while he’s playing videogames).

Comicbook industry is very important in France, have you thought about writing a comic? Which are you favorite comics?

To be honest, I have never thought of writing a bande dessinée; it’s a medium I like but don’t really see myself working in right now; it’s very different from writing prose! My favourite band dessinées currently are Juan Díaz Canales and Juanjo Guarnido‘s Blacksad, which combines the tropes of noir with awesome renditions of its main characters as animals; and Denis Bajram‘s Universal War One, a story set in the near future which deals with the mysterious appearance of a black wall beyond Saturn, which cuts the solar system in two–and shows us how a squad of disgraced soldiers investigate the phenomenon. It is about one of the only time-travel stories that I felt worked, even though I have some issues with the way it depicts women. 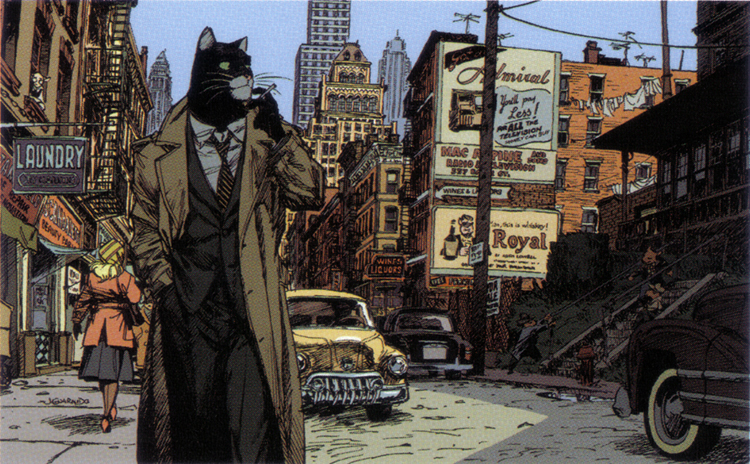 I also read a lot of manga; again, though I have issues with its treatment of women, I enjoyed Full Metal Alchemist, which, in addition to having a great ensemble cast, had great worldbuilding, and tackled interesting questions about war and guilt.

How do you document yourself? Where do you search for inspiration? Why is History so important in your writings?

Uh. It depends a lot on what I’m trying to write. I don’t really know where I search for inspiration–it would make my fiction much easier to write if I did know 🙂 I usually document myself on historical periods for pieces set in historical times: for my Obsidian and Blood books, I had a lot of books on the Aztec civilisation in addition to JSTOR articles. Other times, I look up science details on the internet (or ask my husband, who very kindly puts up with all my weird ideas!). The big advantage to having had a general science education is being able to quickly look things up and get what I need by a glance at the relevant pages (I don’t really know about planetary movements in detail, but I do know enough about the mechanics of celestial bodies to be able to make sense of a general interest article).

Does your passion about mithology extend to Greek, Nordic and other mithologies?

I find mythologies to be fascinating from a purely “dry” point of view as a writer, because they reveal so much of the beliefs of the culture; but of course they’re also living things with beings that are still worshipped and respected. Ancient Greek myths, by now, have become a bedrock of Western civilisation (though the versions I learnt at school probably don’t have much to do with the ones told/preserved in Greece today); I have to admit I am a bit saturated on them by now, mainly because I overdosed on them when I was younger…

As said above–the mythologies that speak most strongly to me are Chinese/Vietnamese, because they’re the ones that I grew up most with as a child.

Do you know any Spanish writer? What do you think about the publication of Obsidian and Blood in Spanish? Would you like a particular short story of yours to get translated?

I know a few Spanish writers, though I’m woefully under-read in that area due to very rusty language skills… I’m slowly working my way through Javier Negrete at the moment. I’m a tenth of the way through Señores del Olimpo, which I peruse when I have a stress-free moment—I rather like the retelling of Greek myths: it has the advantage of being familiar, which is a huge help when reading in a language I don’t speak that well–and I hope to get around to La Espada de Fuego, which is also on my shelves. 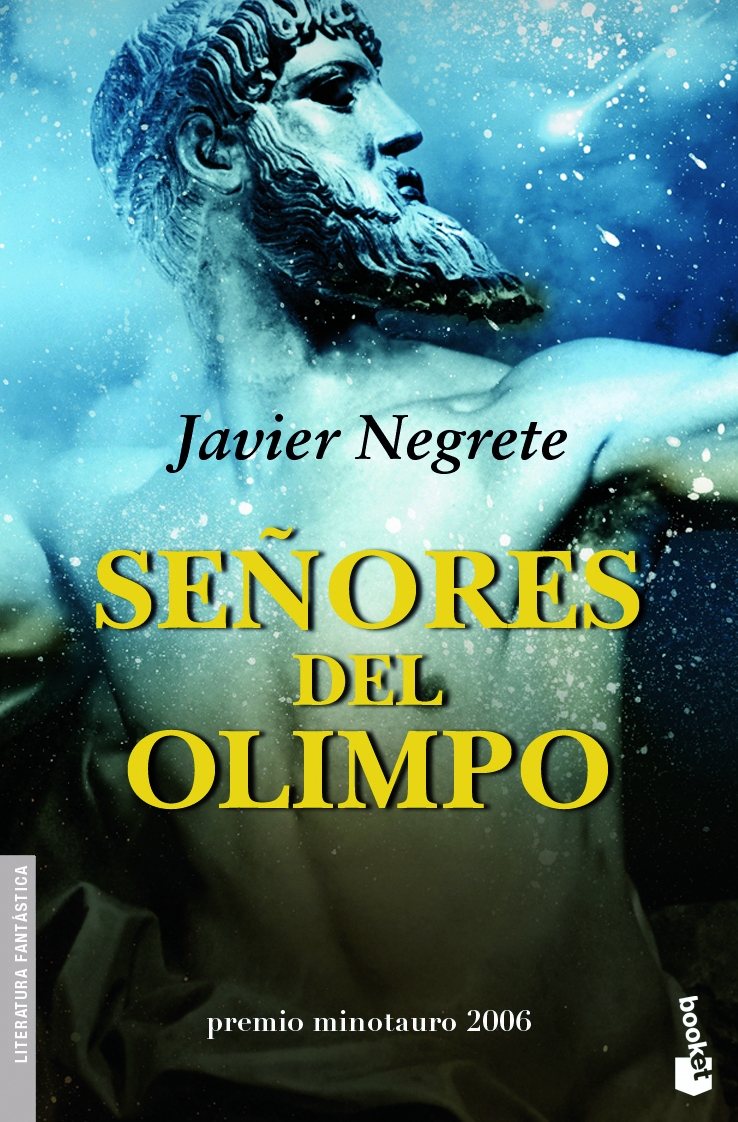 I’m thrilled to be published in Spanish by RBA–there’s a special satisfaction to being published in a language I can sort of understand (I’m not going to be near enough proficient to understand every nuance of the translation, but at least I’ll be able to read it!).

I have no particular short story I want translated into Spanish; though I admit that I would love stuff from the Xuya cycle to be translated, as I have a special fondness for those stories.

What are your opinions about the situation of women in genre fiction?

Recently, Tricia Sullivan posted a link to a 1982 article on women in SFF (http://www.nytimes.com/1982/05/02/books/women-and-science-fiction.html?pagewanted=all). On the one hand, it was really nice to see that we’d made strong progress–that you find more women on awards list and in bookstores. On the other hand… the opinions expressed in the article don’t seem to have really gone away. It’s still assumed that women can’t write SF–or its counterpart, that what women write isn’t SF (which is a great exclusionary tactic that I also see applied to the work of POCs, particularly the non-Western Anglophone contingent). I think we’re slowly getting better at including women, and this is a very good thing! But I also think that we (as a genre, and as someone who is steeped in it I’m equally guilty of this attitude–it’s hard to reject a milieu you’re swimming in) like to congratulate ourselves on being more inclusive than we really are–and that this is a dangerous attitude to have, because it encourages complacence.

Do social networks influence your work as a writer and your relationship with readers? And with other authors? What can you tell us about Written in blood?

Without social networks, I don’t think I’d have got where I am–when you’re a non-Anglophone writer living in a non-Anglophone country and trying to write in English, it’s really hard to find peers unless it’s through the Internet. I don’t have a face-to-face writers’ group, and a lot of my English-speaking friends live at least a country away, if not a continent away–email and social networks are really handy for me to reach out, and also to be reached by readers. Same with other authors–I know a lot of them via email or twitter or facebook, often years ahead of actually meeting them at conventions.

Written in Blood is my online writers’ group–they very nicely put up with all three Obsidian and Blood books, with my novella On a Red Station, Drifting and with a lot of my short fiction (they’re not my only critique group, because I binge-write a lot, and I would flood them with my stuff if everything had to go through them!). They’ve been an invaluable help with critiques, query letters and the ups and downs of my writing life; and of course great friends to hang out with.

Do you reach the keyboard with your growing belly?

I want to thank Aliette again for her answers and suggest you to read her books.