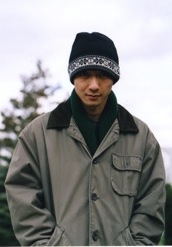 Simon & Schuster has acquired Ken Liu’s debut fantasy series, The Dandelion Dynasty, as the first project for its new genre imprint for all ages.

The Dandelion Dynasty follows Kuni Garu, a charming bandit, and Mata Zyndu, the son of a deposed duke. At first, the two seem like polar opposites. Yet, in the uprising against the emperor, they quickly become the best of friends after a series of adventures. The scope of the series is epic, involving gods, massive armies, diverse cultures, multiple plotlines, numerous characters, politics, war, courtly intrigue, and love.

Ken Liu is one of the hottest writers in the field, garnering multiple awards for his short stories, including “The Paper Menagerie,” the only story ever to have been awarded the Hugo, Nebula, and World Fantasy Awards. “His novels are highly anticipated, and I’m thrilled to be able to work with Ken and his myriad talents at the launch of his publishing career with this series, which exemplifies the scope of our debut list. It’s kismet,” says executive editor Joe Monti.

“I’m incredibly excited to embark on my novel career with one of the greatest publishers in the world as my partner,” says Ken Liu. “I can’t wait to share this world that has lived only in my mind with readers.”