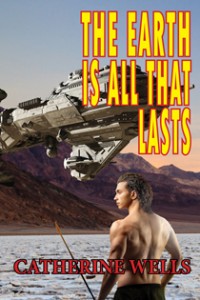 Welcome to the North American continent after a series of catastrophes, including famine, plague and floods, have destroyed almost all of humanity.

Descendants of the survivors (those who stayed) have created a tribal society in the depopulated American West which lives side by side with an enclave of scientists.

But unknown to all, a spaceship is coming: one with humans on board who care little for the new tribal customs and ways of life. Financed by an influential family settled away from Earth, Homeward Bound is an exploratory ship sent back to see what has become of the home planet, and how best it can be used to further the aims of certain vested interests.