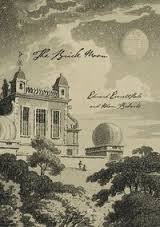 THE BRICK MOON is a lost classic of Victorian SF – the first tale to imagine the launch of an artificial satellite. This edition has been released to coincide with “Stars and Satellites”, a new exhibition at the Royal Observatory Greenwich.

As well as being carefully collected from the novel’s first serialised publication, THE BRICK MOON includes a brand new sequel – “Another Brick in the Moon” – from award-winning science fiction author, Adam Roberts.