Cordwainer Smith was one of the original visionaries to think of humanity in terms of thousands of years in the future, spread out across the universe. This brilliant collection, often cited as the first of its kind, explores fundamental questions about ourselves and our treatment of the universe (and other beings) around us and ultimately what it means to be human.

In “Scanners Live in Vain” we meet Martel, a human altered to be part machine—a scanner—to be able withstand the trauma space travel has on the body. Despite the stigma placed on him and his kind, he is able to regrasp his humanity to save another.

In “The Dead Lady of Clown Town” we get to know the underpeople—animals genetically altered to exist in human form, to better serve their human owners—and meet D’Joan, a dog-woman who will make readers question who is more human: the animals who simply want to be recognized as having the same right to life, or the people who created them to be inferior.

In “The Ballad of Lost C’mell” the notion of love being the most important equalizer there is—as first raised in “The Dead Lady of Clown Town”—is put into action when an underperson, C’mell, falls in love with Lord Jestocost. Who is to say her love for him is not as valid as any true-born human? She might be of cat descent, but she is all woman!

And in “A Planet Named Shayol” it is an underperson of bull descent, and beings so mutilated and deformed from their original human condition to be now considered demons of a hellish land, who retain and display the most humanity when Mankind commits the most inhumane action of all. 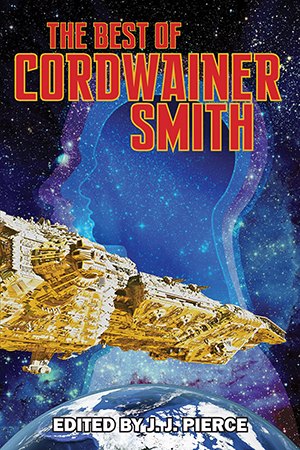