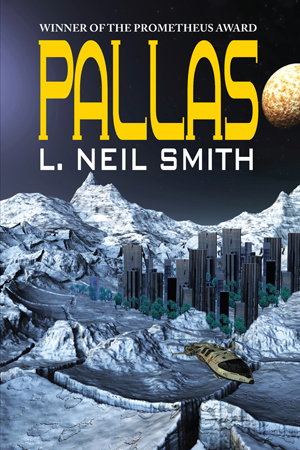 “Ex-U.S.-Senator Gibson Altman rules the prison colony where everyone is expected to live by rules that govern every aspect of their lives.

The inhabitants of the experimental colony survive in a society plagued by crime, corruption and despair, toiling endlessly at tasks they are appointed to. Altman lives a life of luxury, ruling the lives of the souls trapped within his experiment and brooking no opposition to mandate.

However, Pallas, the terraformed asteroid, is also home to Curringer, a society in stark contrast to Altman’s prison. It is a community where individual freedoms are championed and men and women are free to live as they please.

Emerson Ngu escapes from Altman’s prison colony and becomes a hero of Curringer. Altman is driven by a deep hatred of Emerson and his triumph and will do anything to get his revenge on him. But in the process will he also destroy his own daughter and even the world of Pallas?”