The stories range in length from being barely a page (“The Seventeen-Year Locusts”) to long novelettes (“The Courts of Xanadu”). They also range in mood from the “very silly to very somber.”

​Each of them provides a unique and highly imaginative look at the impact of technology on the human condition from one of the most innovative minds in science fiction.

​Charles Sheffield was a mathematician and a theoretical physicist who had that rare gift of making complex science understandable to everyone, as evident in this collection.

A LOVE STORY TO THE EDGE OF TIME

“Truly a love story of the ages.”—The Orlando Sentinel

“Will keep you on the edge of your seat.”—David Brin

Ana is the love of Drake Merlin’s life. The woman he wants to grow old with, share every experience. But there is a hitch that is preventing them from obtaining their happily ever after….

Ana might be perfect for him, but she is dying.

Diagnosed with a rare disease, there is no cure for what ails her. At least, not in the 21st century. The only thing Drake can do—the one gamble that might, eventually, bring her back—is have Ana frozen and join her in cryogenic sleep until, one day, technology will have advanced enough be able to cure her.

Eons pass, and Drake is revived again and again, to see if humanity has evolved enough to be able to provide a solution. They try everything to help him bring her back or to encourage him to move on from his frozen soulmate—even creating a clone of his beloved. But it is not his Ana, his love. Nothing but her full revival will satisfy his obsession.

Millions of years pass before Drake learns that there is finally some hope for her restoration. At the Omega Point, the universe is collapsing, merging past and present; connecting the knowhow of now to the Ana of so long ago….

But first he must help the rest of humanity. Drake is revived one more time to fight an alien race who is hell bent on destroying the Solar System. For only a throwback from a past, where dissidence, material greed and violence were a part of human existence, will have enough fighting spirit to save a race that’s now too enlightened to understand war. 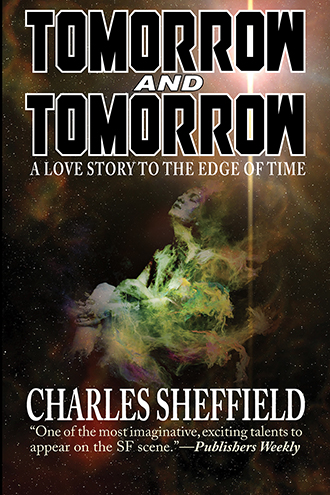